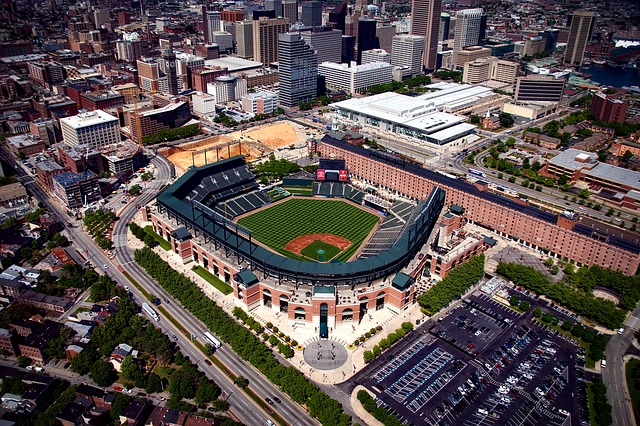 When you think about Maryland, what comes to mind? My mind jumps to the bluest crabs in the United States and Old Bay on everything. Geographically Maryland sits on the Mason Dixon line, which is the line that divides the north and south borders. Technically the state is located below the line and should be considered a southern state, but ask any Marylander and they will surly tell you that their state is and always will be northern territory.

During the Civil war Maryland chose to side with the north and against slavery, this ensured that Maryland would be recognized as a northern state despite it’s geographical location. Maryland has many great things to offer to those who visit and settle in the area.

Maryland is known as the “American Miniature” because of its’s vast variation of land and the different types of cultures that chose to settle in the state. People find Maryland an exciting place to visit and an even better place to build a life with their families.

The state was named after Queen Henrietta Maria of England and became an official part of the colonies in 1774. As an industrial city Maryland produces coal, clay, limestone and natural gas. Being a Marylander means you get to experience a little bit of everything. The beaches, mountains, small towns and big diverse cities are all available to explore in Maryland.

Sports in Maryland have always been a big deal with the locals. For football we have the once Super bowl Champions, the Baltimore Raves and for baseball Baltimore’s own Orioles.

The Baltimore Ravens were names after Edgar Allen Poe’s most famous poem, “The Raven”. The states locals also tend to support the Redskins, but when you think Baltimore and football the Ravens always come to mind. Maryland’s M&T bank stadium is a popular place for locals and tourists. Maryland is one of the better places to settle down and build a family because the state currently holds the highest medium income in the United States.

Maryland also has a lot of historical value as well. The state is home to Harriet Tubman and part of the Underground Railroad, where she led nearly seventy slaves to freedom. The Harriet Tubman Underground Railroad National Park was named in her memory and is a wonderful place to visit. A Marylander named Francis Scott Key wrote “The Star Spangled Banner”, our famously known national anthem.

Sitting right on the largest Estuary and bay in the Untied States, The Chesapeake is one of Maryland’s grandest resources and tourist attractions. Many famous musicians and political figures have made their way from Maryland such as Bille Holiday a jazz player and Thurgood Marshal the first African American Supreme Court Judge.

Maryland is home to many different types of wildlife. The most widely known are black bears, bobcats, and Appalachian Cottontails. The Catocin parts of Maryland are referred to as black bear county, with many sightings in the Cunningham State Falls area. Baltimore is home to Maryland’s very own Aquarium where they house Jelly Fish, living reef, dolphins and even sharks.

You Can Thank Maryland For Water.

There are tons of interesting historical facts that Maryland is famous for. For instance the worlds first water company was founded and opened in Baltimore Maryland in 1792. The Water company was called Baltimore Water Company and is still around today.

The very first Telegraph line which reached between Baltimore and Washington DC was put up in 1844 and was the beginning of a new way to communicate across distances. The words first dentistry school was opened in Baltimore Maryland and was called St. Francis Academy and later renamed The Baltimore College of Surgery in 1839. Another cool fact that Maryland is known for is the production of Hair Spray, a 1960’s movie that was filmed on the streets of Baltimore Maryland. long john silvers coupons

Maryland residents are oddly familiar with the bi-polar weather that this state brings. You certainly cant count on the weatherman or time of year to decide if you should bring an umbrella or not. In Autumn it might still be 95 degrees while snowing in March. Tuesday may be filled with heat and humidity while Thursday its cold and rainy. That’s the beauty of living in Maryland, you never know what to expect so its always and adventure.